Watching the Feds Watch Me

I recently showed my Defusable Clock project on this blog. It got a lot of attention on the usual techie/hacker blogs, and the reaction was generally positive. I plan on selling an electronics kit so people can build their own, but I had reservations about doing so because some people might do something stupid with it. Writing about the project allowed me to get feedback about whether it was a good or bad idea. I concluded it was probably not a bad idea as long as I didn’t sell it pre-assembled, and didn’t sell anything that looked like explosives. I really don’t want to do anything wrong or enable anyone to do anything wrong. Just electronics fun.

A few days later, on Friday September 9, I noticed an interesting lurker in my online store. The domain name of the potential customer caught my eye: tsa.dhs.gov. Was this someone at the Department of Homeland Security? Specifically, the Transportation Security Administration? 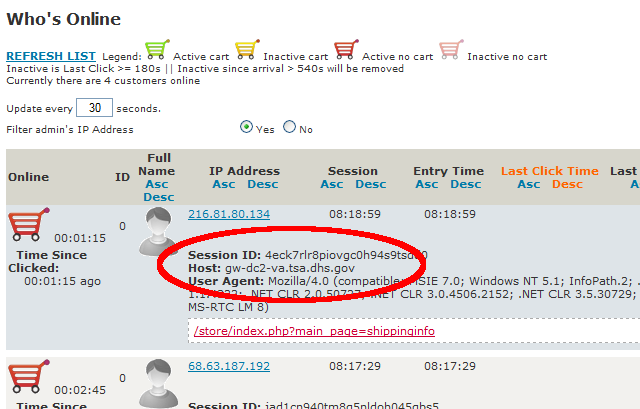 Who's this shopping in my store? 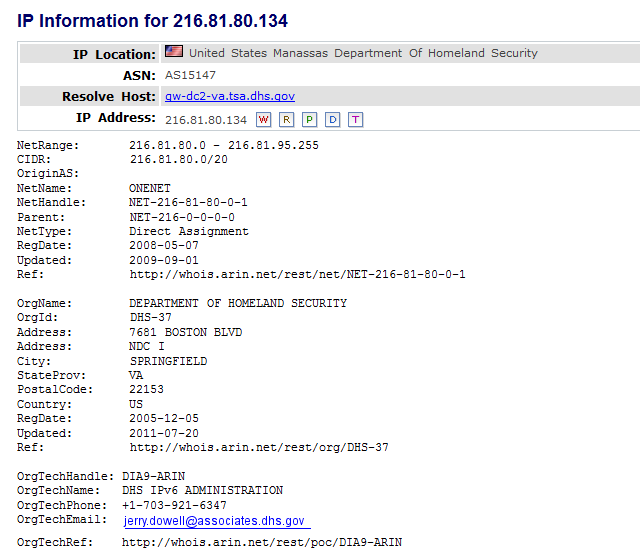 IP address lookup confirms that the shopper is from DHS

This isn’t the kind of attention I want. I decided to check my Google Analytics console to see if I could learn anything about who was visiting my site that day. One of the things you can look at is the service providers that your visitors are coming from. This isn’t usually very interesting, because it’s just Comcast, Verizon, etc. But this day was different. I was absolutely shocked to find that over 5% of my traffic was coming from one location. 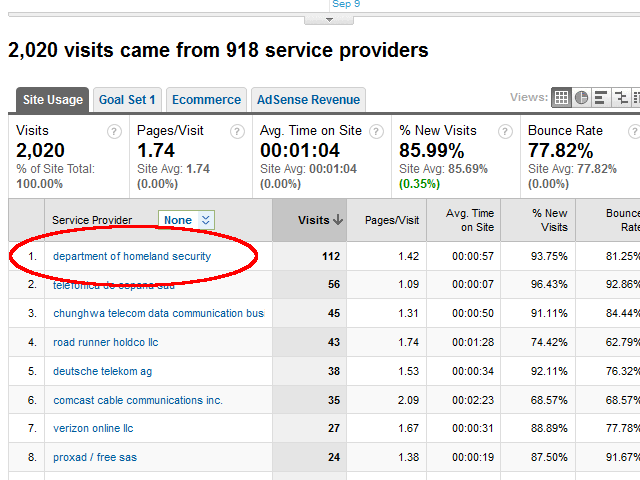 Over 5% of my visitors on Sept. 9 were from Department of Homeland Security

I had not done anything wrong, but I really didn’t want a personal visit from Homeland Security, the FBI, or SEAL Team Six. In late morning, my wife called me at the office from home — I was sure that gentlemen in dark suits were at the door, but it was a false alarm. I was feeling paranoid.

Could the government really be that interested in me? Maybe looking at a map of my U.S. visitors would make me feel better… 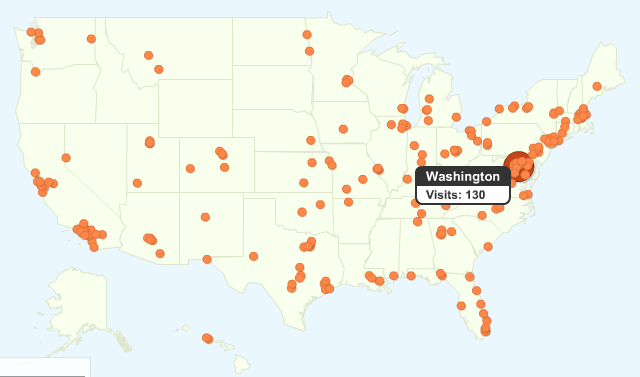 The statistics indicated that the visitors were not spending more than a minute on average on the site. They were taking a quick look, then leaving. My theory is that maybe a link to my Defusable Clock was included in some morning briefing or something, and a bunch of people checked it out. What do you think?

Nonetheless, I felt compelled to add this paragraph to the clock project post, hoping it might defuse the situation (pun intended):

Dear friends at the U.S. Department of Homeland Security:
I can see from my logs that you are very interested in my project, but I assure you that this is just a clock. There is nothing dangerous in these photographs; just wooden dowels and clay. I sell DIY electronic kits for customers to assemble themselves, and plan to sell the electronic components for this clock as a kit. It is no more dangerous than any other alarm clock. I would never sell or ship anything that looks like a dangerous substance or device as shown in the photos below. I’m on your side. So, we’re cool, right?

The hits from DHS came to a stop around 4:30pm EDT as government employees headed home for the weekend, so I started to feel better. Their visits declined over the 9/11 weekend and were a mere trickle this week. I successfully flew to NYC yesterday (Thursday the 15th) to attend World Maker Faire this weekend. If you see me at Maker Faire, make sure to come up and say “glad you made it!”. I’ll be wearing this shirt with an image of my Video Experimenter board design. See you there (hopefully)!