This project allows you to use the Audio Hacker shield to manipulate an audio signal in realtime by adding an echo effect. This is achieved by constantly recording the incoming signal to memory. When reproducing the incoming audio on the output, we also mix in previously recorded signal from “the past”. By adjusting a potentiometer connected to A0, you can adjust the amount of delay that the echo has. The longer the delay, the further back into memory the program reads to get the echo signal. The echo is attenuated so that it is quieter than the signal being played through from the input. Attenuating the signal is achieved by simply dividing the value by 2, therefore reducing its volume by 6dB.

If you want to know how long the echo is, uncomment the line #define DEBUG and open the Arduino serial monitor with speed 115200.

Here is what the echo effect sounds like. While recording this, I changed the echo delay by using a potentiometer so you could hear the difference between short delays and long delays.

To send my voice into the Audio Hacker, I run Audacity on my computer and enable the monitoring feature for the microphone. 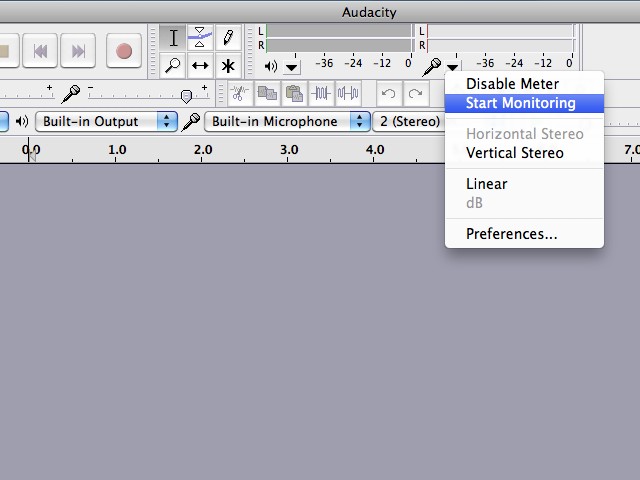 This sends anything picked up by the computer’s microphone to the computer’s audio output, which is connected to the Audio Hacker input. I highly recommend Audacity which is free!