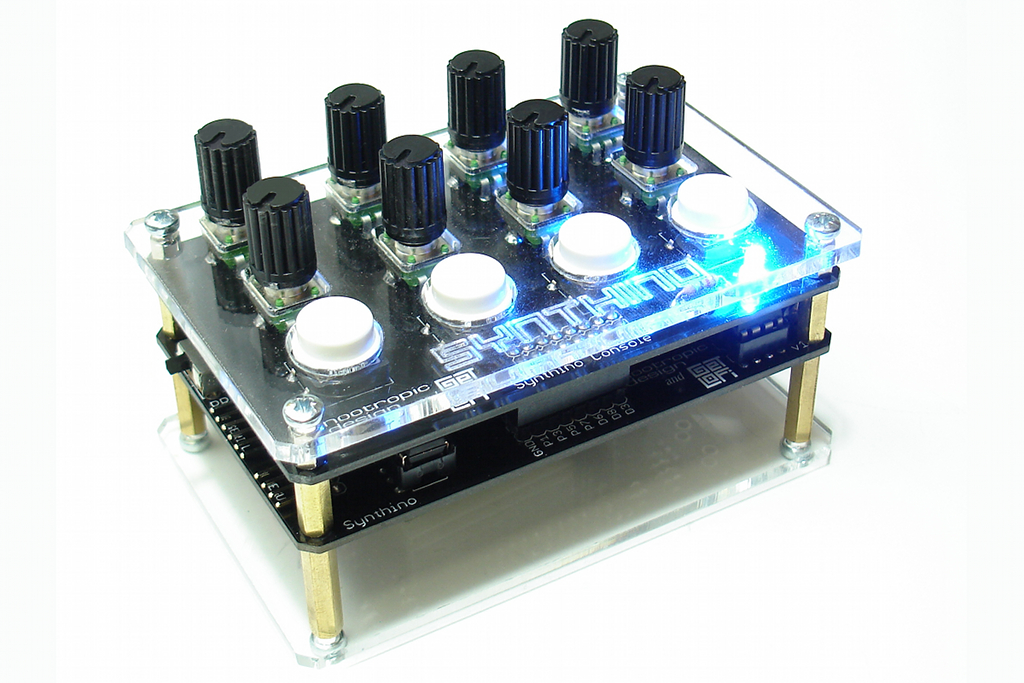 The year 2014 has been the year of synthesizer design for nootropic design! After releasing the Audio Hacker Arduino shield last year, I continued to get more interested in audio processing. I started designing audio synthesis software for the Arduino, and by collaborating with my good friend Alex at GetLoFi, eventually came up with a completely standalone version called the Synthino. The Synthino has lots of great features and we think it’s going to be so big it has its own website: synthino.com. A small number area being sold by Foxtone Music on eBay. Sign up on the synthino.com mailing list to get updates about when more will be available. The next generation Synthino is already in the works and will feature a much more powerful ATxmega microcontroller (stay tuned!).

The coolest thing that happened while developing the Synthino is that the 80’s synth band Information Society got connected with us (long story) and asked us to design a special version of the Synthino for their deluxe box set to be released with their new album _hello world. I worked with lead singer Kurt Harland to choose waveforms that would provide the sound he wanted. We also used colored buttons to match the Information Society logo and created custom laser-cut acrylic with the band logo on the bottom. Over the summer, we manufactured Synthino units at a furious pace in the GetLoFi garage in south Minneapolis. It was a fun project, and Information Society sold out of deluxe box sets immediately. 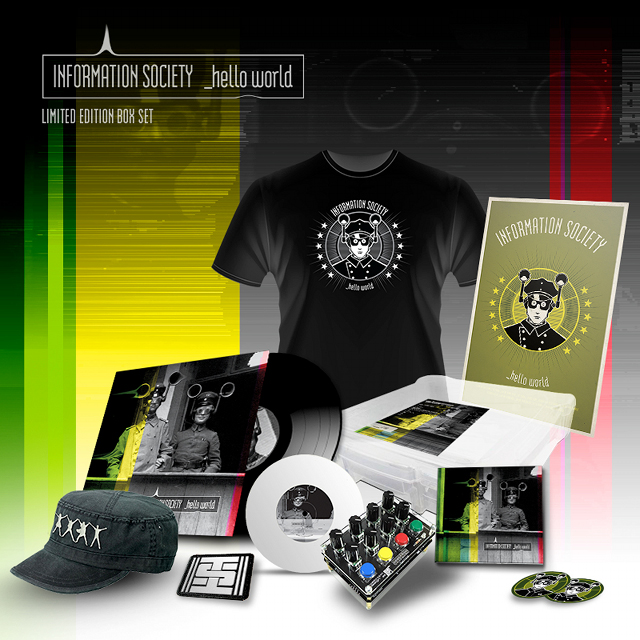