When deploying a microcontroller-based IoT solution or just doing experiments gathering data in the field, you often need a way to get the data back to your home base or to the cloud somehow. You’ve probably used WiFi, maybe dabbled with cellular solutions, but what about satellite communication? Sometimes satellite is the only option if you are in a remote area. Transmitting data via satellite has been possible for quite some time using a satellite modem like the RockBLOCK 9603 from Ground Control (previously Rock Seven Communications). I recently used this technology to build a solution for a customer, and it was SO FUN I wanted to write up something about it because there’s not very much info out there. 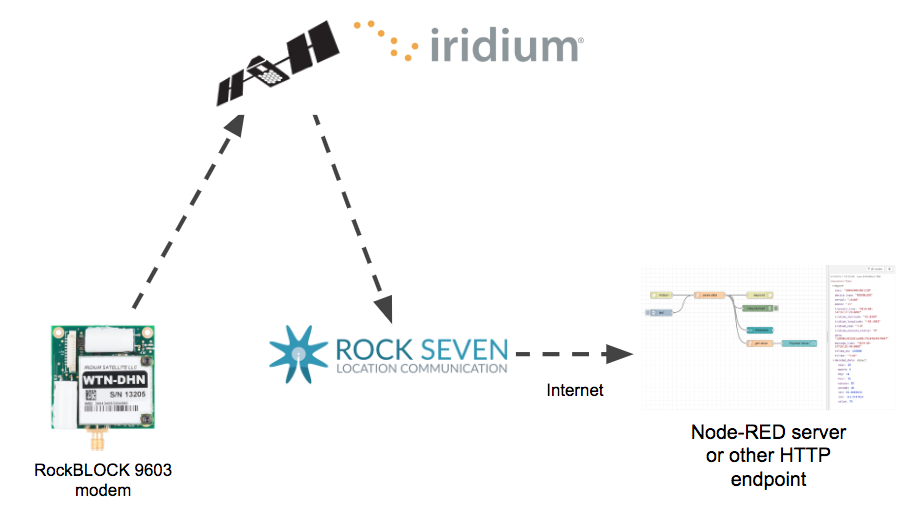 After I learned this technology, I decided to make a simple development board to make it easier to deal with the wiring and make it more portable. The RockBLOCK modem has a 10-pin Molex “PicoBlade” connector (Molex part number 15134-1001), but it was fairly easy to solder to the board. I used a SAMD21 microcontroller (the SparkFun SAMD21 mini breakout board is a great choice) because it is more powerful than a simple Arduino Uno and it has more hardware serial interfaces. I need one serial interface for a GPS module and one for the satellite modem. You might want one for serial communication to some other device, too! It’s good to have lots of hardware serial interfaces. I have grown tired of using software serial, as it can introduce problems and I don’t have time for that. 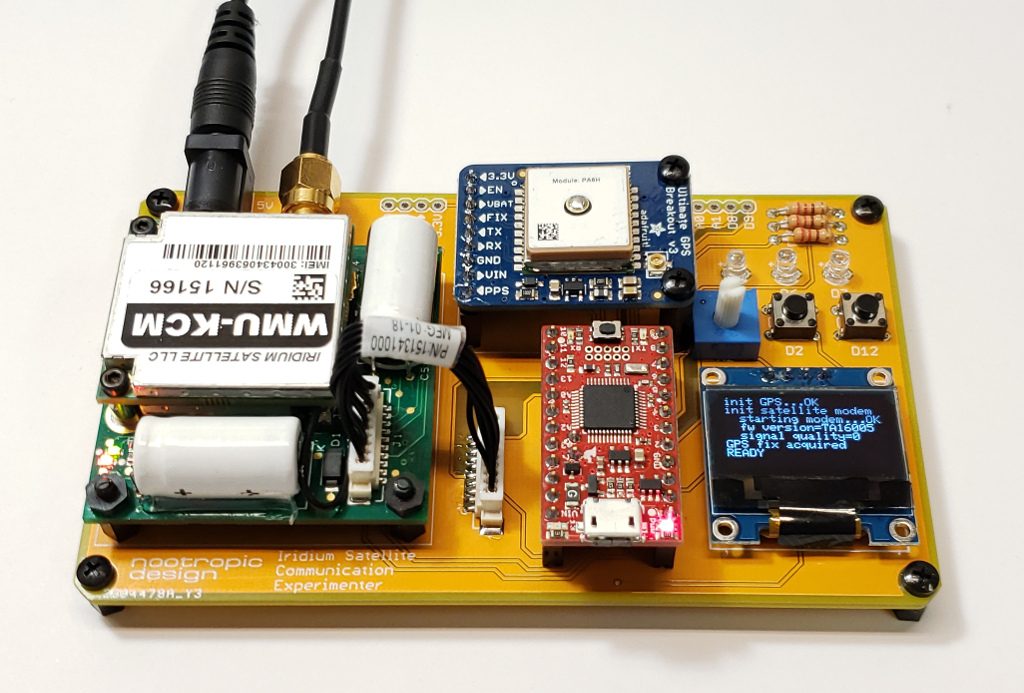 The board also has an Adafruit GPS breakout board for plug-n-play GPS. I just put female headers on the board so I can redeploy the SAMD21 and GPS boards in other solutions someday. I also added an SSD1306 OLED display for output and a few LEDs with 220 ohm resistors, along with some buttons and a 10K pot for input. These are just generic parts. The Eagle design files are in the project GitHub repository. 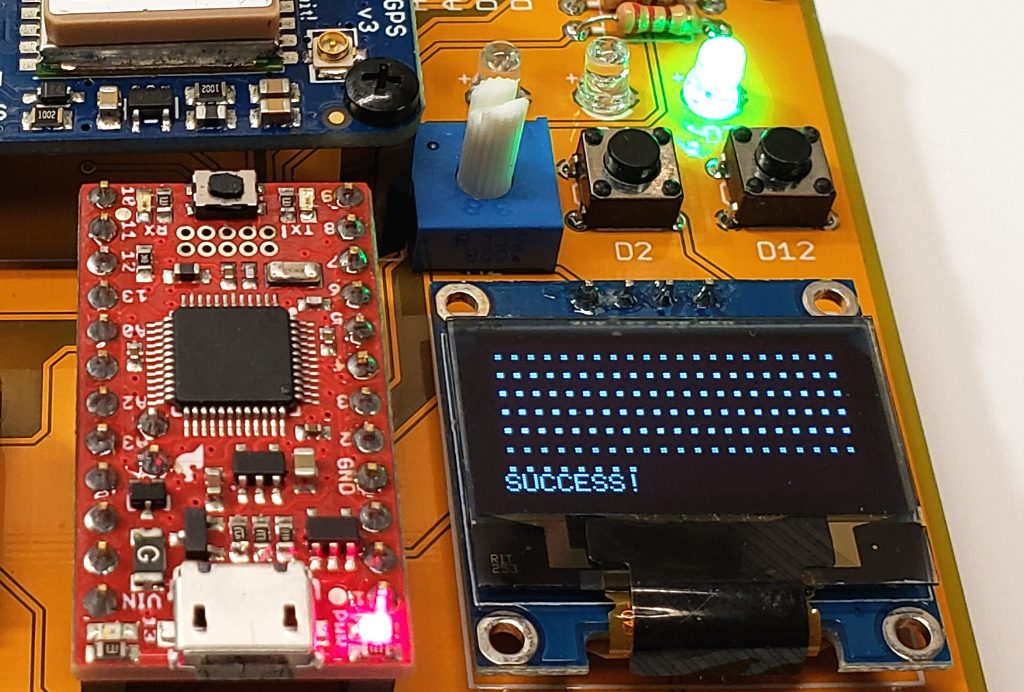 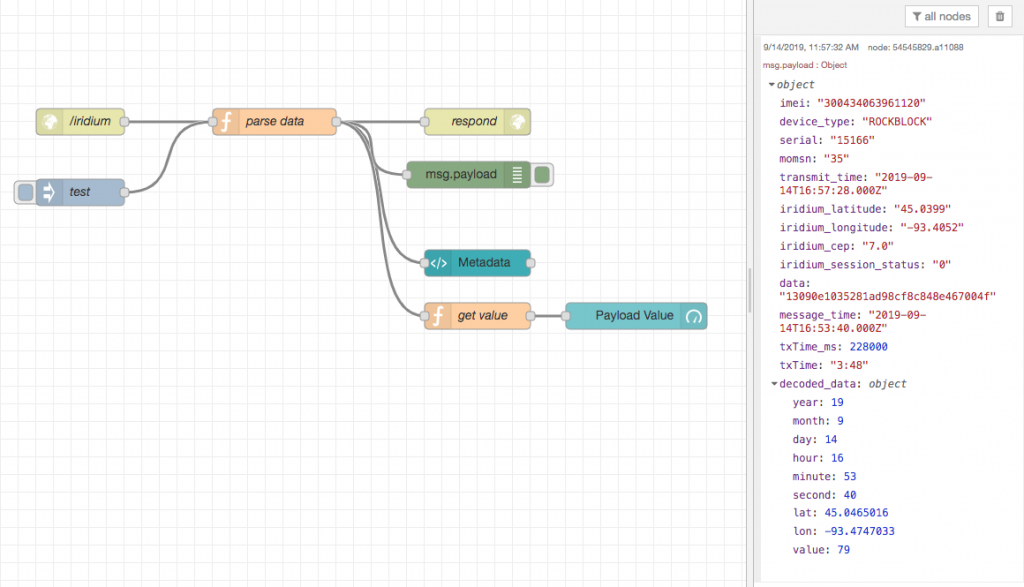