Experiment with video on your Arduino! 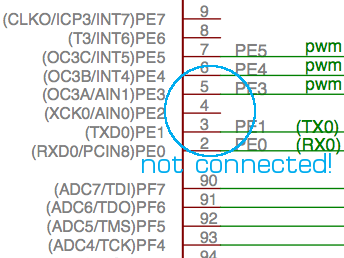 Also, overlaying text and graphics on a video image requires the use of an input capture pin so that we can know precisely when the beginning of a video line begins. The ATmega1280 and ATmega2560 have four pins that have this feature, but none of them are connected to Arduino headers! Evidentally, the designers of the Arduino Mega did not think anyone would be interested in using the input capture feature of the ATmega microcontrollers.

If you are lucky enough to have a Seeeduino Mega, you can make the Video Experimenter work with it by connecting a few jumper wires. Read this for more information.